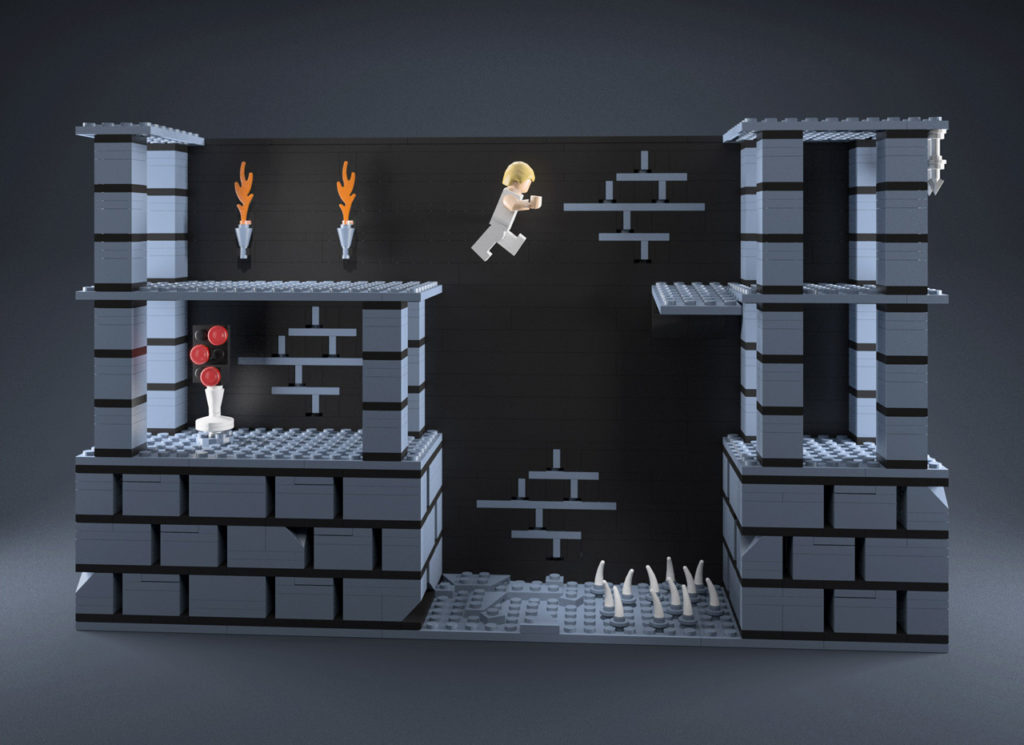 This LEGO Set celebrates Prince of Persia an inspiring fantasy platform game, originally developed by Jordan Mechner and released in 1989 for the Apple II, that represented a great leap forward in the quality of animation an story telling seen in video games. 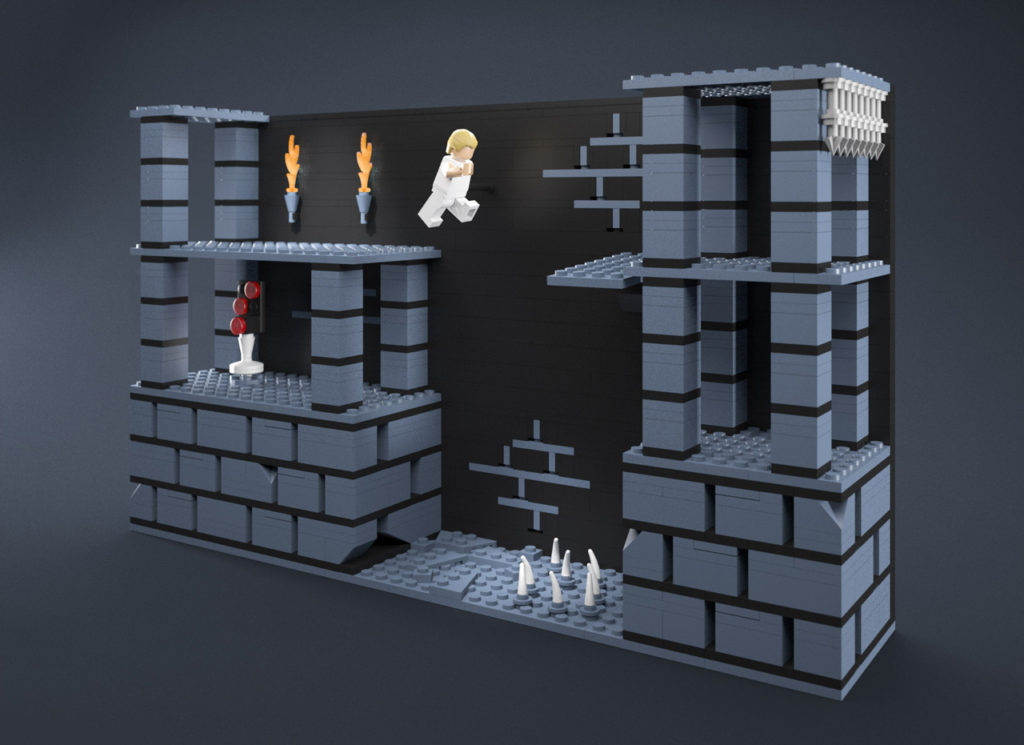 This Set features many Details of the original Game Design:

Started playing with LEGO in the late 1970s. My creations have the tendency to involve mechanics and physical play, and creating something with LEGO bricks is all about creating experiences.