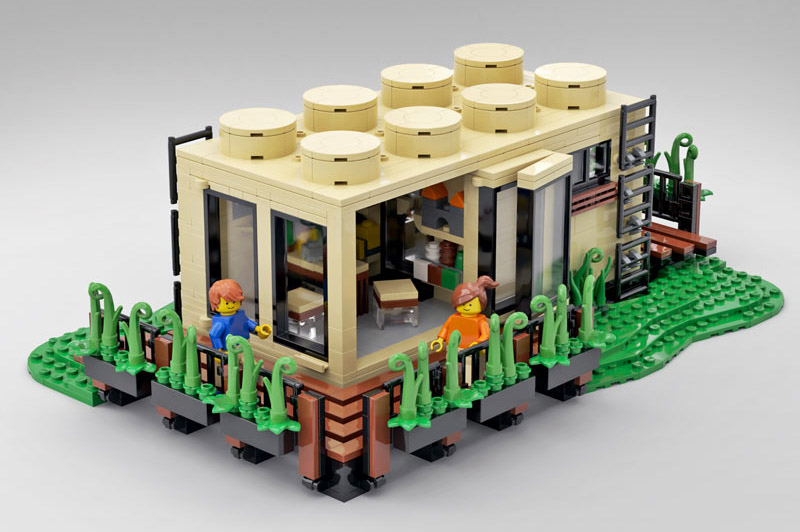 A Playful Initiative started by BrickLink

From my point of view BrickLink did a wonderful job in pulling this whole thing off. As one of the lucky fan designers whos design was selected, funded and ship I can state that it was easy to see how much dedication, passion and love BrickLink put into this whole project. The LEGO group was acting in the background. Supporting the whole operation with the needed Bricks. But I’m sure there’s been going on more than meets the eye to get everything in motion. As Tormod Askildsen (LEGO’s Head of AFOL Engagement) stated, they decided to try this whole thing out and figure out things along the way. Too much thinking upfront would have prevented this project in the first place.

So BrickLink went on a Mission to take creations of adult LEGO fans and make them available to a larger audience. The folks at BrickLink wanted to do this for some time and reached out to the LEGO group. Finally, they joined forces to run the pilot for the AFOL (Adult Fan of LEGO) Designer Programm. Over 400 designs have been submitted and thirteen out of sixteen selected designs have been funded successfully. All together over 18.000 copies of these fan designs have been sold and shipped to LEGO fans.

The basic structure of this initiative is very good and almost instant better than what LEGO ideas offers. Don’t get me wrong. The LEGO ideas program is great. But there is one flaw in its experience for me. Many people vote and cheer for projects that get not made in the end. The presentation of the review results always leaves a majority of involved LEGO fans unsatisfied. And that’s build into the core of how the LEGO ideas concept works.

The AFOL Designer Program offers an experience that is more on the positive side. And that’s because of the true crowd funding aspect. Not every design makes it but people can relate to this fact much more easily because the support is much more direct.

The LEGO Former Project on Indiegogo was also very good with one exception. It was only accessible to people form the US and UK. LEGO as a global Brand should make such opportunities available on a global scale like they do with their regular Products. It’s kind of sad, when you see something and can’t get it.

It was a wonderful first release of the Programm. To me as a designer always pops the question “What can be improved next time?” So here are some things I would do different for future turns.

Clear Communication of what people get
It was stated in the beginning of the project that the submitted designs will be produced “as is” with minimal changes. During the course of the project this is exactly what happened. But I’m not sure that most people who got their hands on a design are aware of that fact. It might not be easy to communicate crystal clear on this subject but it would improve the allover experience of the recipients in this case. The high quality packing and building instructions adds some exclusive touch to the product but also stands a little bit in contrast to the AFOL (Adult Fan of LEGO) like quality of the delivered sets. Over all people seem to like the sets but notice that these are no professional LEGO sets. This can be found in reviews on The Brothers Brick and Youtube alike.

Improved Quality of delivered sets
The produced and shipped “as is” thing makes things somewhat more productive. I personally wonder if the other fan designers would have liked to improve their sets with the help of folks at Bricklink and LEGO. I’d vote for that. In any case a feedback loop would have been nice but also takes some time.

A much more compact Crowd Funding Phase
Kickstarter states that campaigns that run 30 days are overall more effective than projects that have a longer funding phase. It might seem scary but the attention in the media would be much more focused. A bigger buzz is most likely to happen much more easily this way. Of course, this means that communication and the needed material have to be prepared and done somewhat different.

Streamlined Distribution
The fact that the sets have been shipped worldwide to LEGO fans is fantastic. Dealing with taxes is something that might not be easy to get rid of but it would improve the experience al lot. At the end it’s not only about the taxes people have to play. It’s about the fact that buyers can’t get information upfront of what a particular fan design will cost them in total.

Digital Building for Production
To allow submissions only digital with a given set of allowed Bricks in Studio 2.0 was a brilliant idea to make this whole project possible productionwise.

Get close to LEGO Fans and Customers via Crowd Funding
To select projects for crowdfunding from all submissions is a good thing. From that point on I would focus more on Kickstarter type crowdfunding. Adding some tears like an AFOL Design Programm t-shirt and defining of some stretch goals for every design could increase interest and involvement of fans. A great stretch goal would be to get some LEGO design power added to improve the submitted model. Backers could vote for some Minifig or color choices. And follow the refinement of the design and its production in update posts. I think an experience like that could be even more enjoyable for all parties: Fan Designers, the LEGO group, BrickLink and LEGO fans all around the world.

Follow the Creative Process
Last but not least there is quite some value in following a creative process. It can be  interesting but also a way to feel compassion and appreciate the energy and effort that is spent to create something. For me there are some excellent examples like Double Fine Adventure or the making of the Marble Machine X. This way of connection is also something that could be valuable to LEGO Crowd Funding Projects and might also fit the mission of LEGO to “Inspire and develop the builders of tomorrow”.